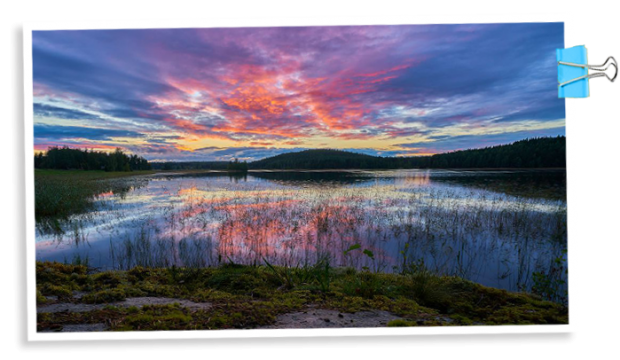 The novelty of Tampere Domestic Travel Fair is the Travelling the Ground event, which promotes more sustainable tourism. Professionals and eager domestic travellers will share their travel stories and valuable tips, as well as inspiration for more sustainable tourism on Saturday April 13. The Madventures duo explains at the fair on Friday, April 12, why the latest season of the TV series is filmed in Finland and what are Finland’s tourist attractions. Planning future holidays is rather leisurely at the fair, as the most interesting domestic holiday destinations are presented under the same roof. At the same time from 12 to 14 April, the Tampere Exhibition and Sports Centre will host a brand new Yard & Interior, World of Collectibles and Tampere Wine Fest (12 to 13 April), which brings European wine producers to Tampere.

Domestic tourism is of interest, and especially traveling on the ground is a hot topic, for several different reasons.

– Before, it did not matter where you travelled, as long as you travelled, and you were a cool guy. Now the table is turning to you being a cool guy when you are aware of the social problems of travel and tourism, and take climate change into account by exchanging a long-haul flight to a train journey. The IPCC report triggered a big turmoil that has changed the behaviour of social media influencers and got one and another to reflect on their own travel behaviour, explains Arto Sivonen, one of the speakers at the April event and an active voice at the Traveling the Ground fair in Helsinki.

– There is currently a low level of service providers and systems for those travelling on the ground, which emphasizes the meaning of peer information. The hands-on knowledge, experience and practical tips provided by the event will play a major role in planning trips, says Sivonen.

In Finland, domestic travel is now trendy – the role of media in the change is great

According to Statistics Finland’s recent report, the number of domestic leisure trips remained at the previous year’s level in September – December 2018, while leisure trips abroad decreased. The trade cycle review of the tourism and restaurant industry of December 2018 speaks the same language: the growth of domestic travel in 2018 was stronger than travel to Finland from abroad.

– Travelling in Finland and in neighbouring countries will increase considerably if Finns take the international scientific community’s forecasts of an imminent environmental disaster seriously and if the ecological perspective is the starting point for all social and economic political decision making, says Professor of Cultural Studies Soile Veijola from the University of Lapland.

Media has reported, especially after the autumn 2018 climate report, about climate change and individual choices and reflections on their own consumption habits. According to Veijola, the media and individual journalists can play an important role in creating a bigger change.

– If journalists think about it, then it is easier for the whole nation to think about it. It is a great thing that, for example, Madventures’ Riku and Tunna are about to travel in Finland.